I read several thousand pages of books every year, but I’m not the type of person who feels attached to physical books. I’ve been fully immersed in Amazon’s Kindle ecosystem for years now, sometimes reading on my phone, sometimes on my laptop, and sometimes listening through Audible. Getting an e-reader that wasn’t a Kindle never really occurred to me.

And then I tried the Boox Note Air. It does almost everything a Kindle Oasis does, but it also supports a surprisingly useful stylus and has a giant 10.3-inch screen. At $480, it’s pricey, but the price feels totally fair given the screen size and features on offer (and the company just announced a smaller, $350 7.8-inch model). I kind of love it.

The best way to summarize the Boox Note Air is that it’s really just an Android tablet with an e-ink screen and a book-centric UI. That means it can do almost everything an Android tablet can, as long you don’t need smooth framerates and, you know color (although Boox also has a colorful e-reader I’m currently testing too).

Want to use a full-fledged browser? Sure. Want to check out Instagram photos in black and white? Why not? Want to take handwritten notes for a class? Go for it. You can even watch videos at laughably slow frame rates.

It’s a degree of freedom I’m not used to from a device with this display technology.

The Note Air has its own book store, but I’m not gonna lie: I didn’t use it. The first thing I did when I turned on the tablet was open up the custom app store (you can install Google Play, but it’s a little annoying) and download the Kindle app.

It works pretty much exactly like the Kindle app for phones, and after tweaking a few display settings (you can optimize the screen for refresh rates or image quality, I prefer the latter for reading), the overall experience was remarkably similar to using a regular Kindle.

That is, except for the fact the screen is 10 inches, which is wonderful. Although most of my time is spent reading fiction, for which a smaller screen suffices, I also often read textbooks on my Surface. I could see myself loading textbooks and PDFs onto the Note Air, as the extra real estate makes such form factors much more useful.

The note-taking experience with the included Notes app is surprisingly great. While there’s a little bit more latency than, say, a Surface Book 3, the experience balances out because the Note Air looks and feels so much more like paper.

The included stylus isn’t tilt-sensitive, but it does a great job of recognizing different pressures and accurately following my pen strokes. It really does feel surprisingly close to writing on paper.

There are just a few caveats to the device’s flexibility. First, installing the Google Play Store involves a clumsy and slow workaround, as the device is not Google Play certified.

This is not as big of a deal as I expected. Most people aren’t going to install too many apps on a device like this, and every app I did actually want to install was available from Boox’s App Store. Alternatively, you could install them from a site like APK Mirror.

Second, the device is running Android 10 — already outdated — and it’s not clear how long OS updates will be supported. While it’s unlikely to be a real issue, it is technically possible that future updates to the Kindle app or others won’t support this version of Android correctly.

But I’d hoped I could run OneNote on the device and use it to follow up on all the notes I’d taken on my surface. Unfortunately, the pen input is too laggy in other apps.

Still, I found these caveats to be minor setbacks. This talk of customization is just icing on the cake. 90 percent of the time, I just used the device for reading. Most of the rest was spent writing notes, and I only occasionally dabbled into other apps. It’s still an e-reader and note-taking device first and foremost; it’s just nice to have the option to do more with it.

Let me be clear: Not everyone interested in an e-reader needs a giant screen, stylus compatibility, and the ability to install your own apps. And some might prefer the idea of a device that can only really do one thing. If that’s the case, the Boox Note Air might not be the right choice.

But the great thing about the Boox Note Air is that it adds these features with virtually no compromises to the primary reading experience. Once you install your book software of choice, you almost never have to interact with the OS, and you still get the massive battery life and paper-like readability you’d expect from e-reader.

If you’ve been interested in e-readers like the Kindle, but like the idea of a larger screen and the ability to take notes, the Boox Note Air was made for you. Find it on the company’s site at $455.99. 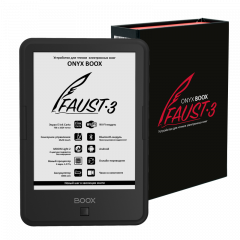 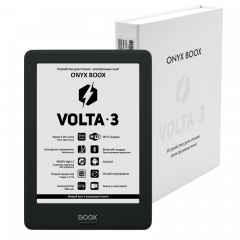 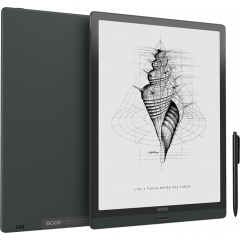 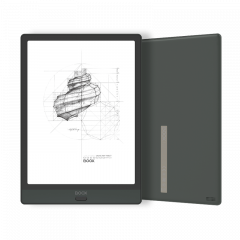 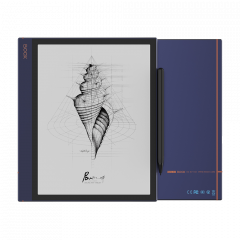 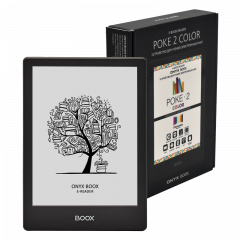 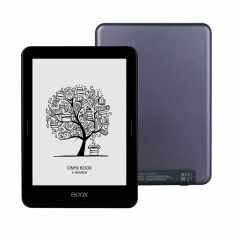 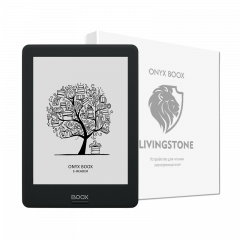 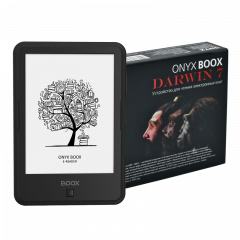 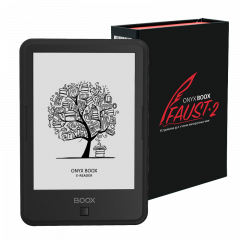 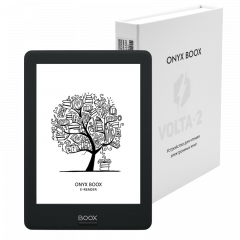 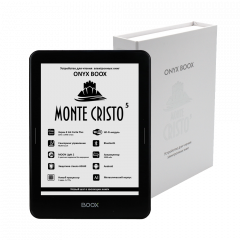