Onyx Boox Note Air 2 Plus Review: e-Readers have grown up

The handsome Onyx Boox Note Air 2 Plus takes e-Readers from consumption to creation, giving book lovers the power to take what they read and put them into action.

E-Book readers, or e-Readers for short, have endeared themselves to book lovers for their simplicity and, to be honest, their dirt-cheap prices. Devices like the Amazon Kindle and the Barnes & Noble NOOK allowed them to take hundreds if not thousands of books, magazines, and work documents in a device that might even be lighter than some smartphones. But just as the audience that flocked to these pocket libraries has grown up, so have the devices themselves evolved through the years. Sure, Kindles have mostly remained unchanged through the years, and some might even see them as being stuck in the past. Other e-Readers, however, have changed drastically, for better or for worse, and have become something almost unrecognizable to long-time users of e-Book readers. The new Onyx Boox Note Air 2 Plus is one such creature, and we give it a closer look to see how much e-Readers have grown by now.

Traditional e-Readers were designed to put the focus on text and get out of the way, pretty much like a normal paper book. Given the cost of E Ink displays back then and the product’s target price, a lot of compromises were made on the device’s design, both in terms of appearance and material. To put it bluntly, the earliest versions of e-Book readers were unappealing slabs of plastic meant to be cheap and functional but nothing more. While some might scoff at any attempt to make e-Readers pretty and premium, the mediocre form of the device only reinforces the perception that it is so far removed from an actual book. It doesn’t capture the joy of holding and seeing a well-made book, especially those with some gimmicks on materials and textures.

Fortunately, the new breed of e-Readers has started paying attention to good product design lessons, and the Onyx Boox Note Air 2 Plus is one of the shining examples of this new trend. For one, its body is made of an aluminum-magnesium alloy that gives it both durability as well as a degree of class. It also has an asymmetrical design with an extended band of metal to the left, looking like the margin of a notebook. The device’s straight edges and sharp corners give it an air of professionalism in contrast to the sometimes toy-like appearance of run-of-the-mill e-Readers.

There are a few other details that strengthen the visual and tactile association with books and notebooks. While the edges are all black, thin strips of color make it resemble the spine of a book. The official case that ships with the device has a felt surface almost similar in texture to some hardbound books or notebook covers. All in all, the Onyx Boox Note Air 2 Plus tries its best to actually look and feel like the next evolution of books rather than just a device for displaying text and whatnot.

The Boox Note Air 2 Plus is admittedly larger than your typical Kindle or NOOK, with a 10.3-inch e-paper display and a 229.4×195.4×5.8 mm (9.03×7.69×0.23 in) frame. It also has a metal body that is naturally heavier than those traditional e-Readers at around 445g (0.98lbs). The design does distribute the weight evenly across the device, but there’s no going around the fact that it is going to tire your arm if you hold it up long enough. That might not make it a suitable bedtime companion, though its size would also let you stand it on your chest for support.

Given the wider left edge, the Boox Note Air 2 Plus is biased towards being held with the left hand and using the right hand to swipe on the screen to turn pages. That might be uncomfortable for those used to holding devices with their right hand instead. Additionally, there are no hardware buttons to help with page-turning, so faster readers might find their arms or wrists getting tired easily.

The device ships with a stylus that magnetically latches onto its side to make sure it doesn’t get lost easily. The pen’s barrel has flat edges that not only prevent it from rolling off tables but also provide a more ergonomic grip. Given the size of that barrel and the length of the pen, the Onyx Pen Plus is very comfortable to hold and use, even for long stretches of time. The e-Reader’s paper-like screen texture makes it feel like you’re writing with a real pen on paper or at least a close approximation of the experience. It might surprise some to hear that the authenticity of that experience can be a major deciding factor for many people trying to cross the bridge from analog notebooks to digital ones.

The Onyx Boox Note Air 2 Plus’ specs, which include an octa-core processor, 4GB of RAM, and 64GB of storage, might sound overkill for an e-Book reader, but that’s also where this new generation of devices break away from the fold. Rather than being simple e-Readers, they are pretty much full-blown tablets with E Ink displays and custom user experiences. This one, in fact, runs Android 11 and even comes with Google Play Store right out of the box. That means that the device has plenty of power to run many of the familiar apps you’d have on your phone or tablet if you’re fine with using them on a black and white screen.

That screen is, of course, a 10.3-inch 1872×1404 E Ink Carta that has a rather high 227 dpi, at least for an e-paper display. Text comes out clean and crisp, and images from magazines and comics or manga are also clear. Page-turning is fast under default settings, about half a second to redraw a manga page, but you can kick the refresh rate up a few notches by sacrificing image quality. You can even watch videos in a pinch, but don’t expect an enjoyable experience, of course. The device has speakers on its bottom edge to enable listening to audiobooks, but you might want to use your favorite Bluetooth speakers or headphones for better-quality audio.

The Boox Note Air 2 Plus goes beyond just reading books or even typing out notes on books. Where it really shines is in how it is pretty much an all-in-one learning and productivity device that barely crosses the line over into tablet territory. You can open almost any digital book format and install almost any Android app you want, but the display and hardware limitations will pretty much make sure you won’t go overboard and install distracting social media or games. You might, instead, focus on apps you can use to boost your productivity, both at home and at work.

Onyx’s Pen really shines in this regard, especially when used with the built-in app. Designers might miss the colors, but those who often scribble notes or rough sketches with pencils and paper will feel at home. The note app supports multiple layers and a variety of brushes that goes perfectly with the pen’s 4096 degrees of pressure sensitivity, so all that you’re really missing is the color palette. And if Onyx’s note app isn’t to your taste, you can also install your favorite Android note-taking app. And since it’s running Android 11, you can also turn the device on its side and split the screen between two apps to maximize your productivity.

The one area where all generations of e-Book readers haven’t yet grown out of is their impact on the environment. Most e-Readers still use environment-unfriendly materials like plastic, but some, like the Boox Note Air 2 Plus, have fortunately started incorporating more metal into their products. That said, these devices are all built to be as tightly closed as possible, making repairs and replacements difficult and costly, especially since service centers for these devices are far and few in between.

Very few e-Reader manufacturers have made any strong statement or commitment towards sustainability, such as in the materials they use, how they source those materials, and how they plan on making sure their devices are disposed of responsibly. Given how affordable many of these devices are, they almost seem like disposable electronics. The one thing going in favor of e-Readers, in general, is that they are more resilient and more long-lasting than more expensive tablets, so they are thrown away less often. They also consume significantly less power, decreasing their overall carbon footprint.

Why would you spend $500 for an e-Book reader when you can get a Kindle for a fifth of that price? If reading plain text from Amazon’s library is all you ever want to do, then there is really no reason for you to break the bank. What the Onyx Boox Note Air 2 Plus offers, however, is the capability to do more, a lot more, without drowning you in the complexities and distractions that come with a smartphone or tablet. It is still an e-Reader at heart, but it also supports the activities and tasks related to reading, such as learning and taking action.

The Boox Note Air 2 Plus is technically an Android tablet, but one whose design and user experience have been distilled for a very specific purpose. It is a digital library and notebook in one, and it excels in both areas with very few problems. It might not be the most affordable e-Reader, but you’d be hard-pressed to find an e-Reader and digital notebook in a single device that performs as well as this. Especially one that can actually play games and videos in black and white if you ever want to go down that rabbit hole.

Considering the very first commercial e-Reader, E Ink’s own Rocket Book, launched more than two decades ago, it is almost surprising how the device has practically remained unchanged to this day. It may be in Amazon’s and B&N’s best interests to keep devices cheap and basic in order to sell more e-Books, but the stagnation of the market and the device category doesn’t benefit anyone in the long run. Fortunately, companies like Onyx Boox are pushing the boundaries of e-Readers with much success, and the Boox Note Air 2 Plus is one shining example of that thrust.

Going beyond just consuming content, the Onyx Boox Note Air 2 Plus opens the doors to taking action on what you read, whether it involves annotating a work document, sketching a design for a new product, or scribbling ideas for your next novel. Using the Pen for that purpose is enjoyable thanks to the responsive stylus and the textured screen that feels almost like the real deal. The Note Air 2 Plus supports these use cases and then some, thanks to its decent hardware and support for Android and Google Play. And it looks good while doing it, too, throwing e-Reader design conventions outside the window. It does require you to make a bit of an investment, but it’s one that will last you quite a long, long time.

Hiromu Nakamura contributed to this review. 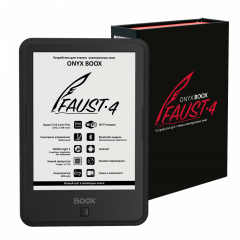 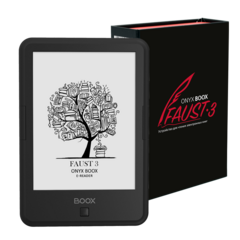